VMware have released a new version of VMware Horizon 8 (2103), and this release is for now general available from March 2021. This is a major release, so I hope you like this article I put together. VMware have made some huge improvements in this release, which customers/partners are going to benefit from.

HINT – If you are using Nvidia vGPU (on-prem) there is currently no driver support for Horizon 8 2103.

I have in this article also included the new features of Horizon Cloud service for 2103 IBM Cloud, AWS, Azure.

Lets dig into what is new.

I am excited to share this is a blogseries around better understanding the value of NVv4-series in Azure and I will cover different views. From what NVv4-series is, which software vendors it works with and which remoting technology it can be used with, and I also cover later in a blogpost how you can scale and run different workloads and utilize the AMD CPU/GPU and how you can monitor and troubleshoot.

In this blogpost i will cover the overview of Microsoft Windows Virtual Desktop and how it can be hardware accelerated (GPU) enabled with AMD CPU/GPU more specific the NVv4 series in Azure.

You will learn what offerings Microsoft have with Windows Virtual Desktop high level and where you can access the NVv4-series in which Azure datacenter. The process which is required to start and how you can start enabling your VM’s with graphics acceleration.

Windows Virtual Desktop have now been GA for almost a year, and it have been a huge success globally. NVv4-series also have 1 year anniversary as it was GA in 4th March 2020, which I covered in a blogpost here

Last March 2020, I wrote about the availability of the AMD NVv4-series powered by AMD CPU/GPU. I have been working with NVv4-series and I am excited to share one of the customers, I have helped are now an official reference customer for NVv4-series.

TBI, is a dutch BIM customer, I have been working together with a couple of years designing their on-prem which is now a hybrid platform. They are the first official customer case study using AMD NVv4 instances in Azure together with Citrix Cloud. They have been using VDI for several years and been one of the leading innovators using high end graphics for VDI for their BIM users. Microsoft, Autodesk, Citrix uses them as reference customer through the years. 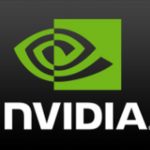 If you are interested in a quick overview of which NVIDIA enterprise GPU is supporting which hypervisor, Guest os and remoting technology, I highly recommend you check out this link from NVIDIA that provides the NVIDIA vGPU software product support matrix.

NVIDIA vGPU software 12 is a new-feature branch support. If you are looking for Long-Term support branch latest release is 11.x or 8.x

I this article, I am also covering which Public Cloud instance is available with NVIDIA GPUs and which license is BYO or provided by the public cloud provider such as Azure, AWS, GCP, Alibaba.

For a list of validated server platforms, refer to NVIDIA vGPU Certified Servers.

I have today found out a major bug in Microsoft Windows Virtual Desktop (WVD) with OS Windows 10 Multisession version 2004. After helping a client with expanding some FSlogix storage, I saw there was some important patches for OS (CU) and some security patches, its always recommended to apply these patches, as you will gain performance and stability and improve security.

But after applying these CU, I ran into a very strange problem that when you login to the Multisession host from any WVD client, the Windows screen flicker and keep updating in the GUI and you couldn’t do anything not click anything inside the desktop. After some research on the web, I saw other people facing the same issue with as I saw. The interesting part was that Pieter Wigleven from Microsoft, confirm this bug and that the Microsoft Search team will solve this part in future builds of Windows.