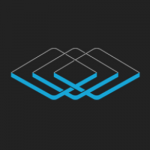 Citrix acquired 17th September 2014 the company Virtu.al, here is why I am writing about this interesting acquisition of a small company that will make Citrix one of the leader in Virtualization.

Who is the talent behind Virtu.al

Chris Wade @cmwdotme is the founder and CEO of Virtu.al and one of the first iPhone jailbreakers developer of iEmu Aims To Bring iOS Apps To Android, Windows, and Linux.

Nicholas Allegra @comex, the pseudonymous hacker has twice released a piece of code called JailBreakMe that allows millions of users to strip away in seconds the ultra-strict security measures Apple has placed on its iPhones and iPads, devices that account for more than half the company’s $100 billion in revenues. Nicholas Allegra is also the developer of Spirit, and the Nintendo Wii exploit “Bannerbomb”

What value does Virtu.al brings to Citrix

Virtu.al is the first company that have develop the first iOS and Android virtualization platform. Before their product went BETA over 10.000 ppl signed up for the beta. Citrix made a fast move and bought the talented company. Inside the company are 2 rock star developers. The one guy is the talented mr. who develop the famous jailbreak app for iPhone. This is the first time I am seeing that Citrix is hiring famous talented “hackers/developers” into their virtualization stack. These rockstars knows more about emulation than anybody does, so its a huge thing that Citrix have acquired them and I can wait to see what the outcome will be, maybe we first see a “beta” product in the Citrix Innovation Labs http://www.citrix.com/trends-and-innovation/experiments.html or a new product will arrive in 2015, time will tell.

Virtu.al will help simplify IT security management for applications, data, endpoints and networks, while supporting Citrix’s core vision for providing people with new ways to work. Future enhancements to the Citrix mobile workspace delivery platform with the Virtu.al technology will make it easier for enterprise customers to gain instant, secure access to apps, desktops, data and services from any device over any network, Source Citrix

Chris Fleck from Citrix is the guy who made the fusion with Virtu.al bringing into the Citrix family.

Chris Fleck explained that Virtu.al’s technology could solve a large and expensive problem for mobile app developers. They need to test their apps on physical devices, and with hundreds on Android phones, multiple versions of iPhones and iPads and a growing numbers of wearable devices, developers can spend half their funds and considerable time on testing. This technology virtualizes the process in the cloud. “You want to test it on a Samsung Galaxy s5, you just click,” he said. Source “Maimi Harald”

Citrix Invests in Virtu.al for a Different Perspective