The long waited Citrix Branch Repeater 6.0 is out for download. Here is whats new in this release.

Release 6.0 is a major software release for the Citrix Branch Repeater. This release contains a number of new features along with bug fixes.

Release 6.0 is the first production release of the Branch Repeater 6.x software, which introduces traffic shaping, enhanced reporting, improved Windows Filesystem and Outlook/Exchange acceleration, and many other features.

This major release of Repeater and Branch includes a significant number of new features, including:

Note: The Repeater Plug-in is not included with release 6.0 Plug-ins from prior releases will interoperate with Appliances running release 6.0 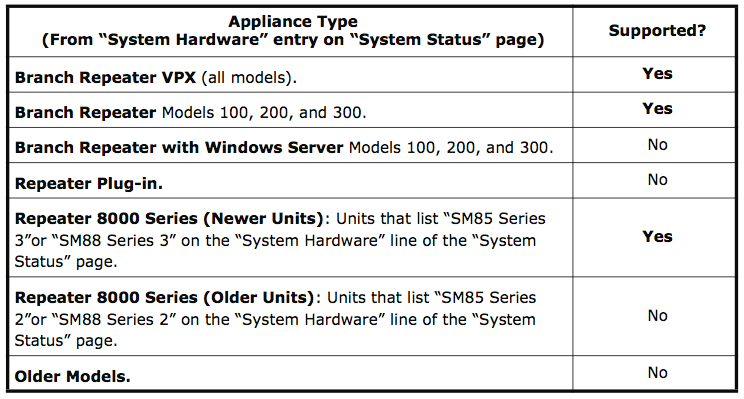 Note: The User’s Guide incorrectly states that VMware vSphere ESX 4.0 is supported. The correct list is “ESX 4.1 and ESXi 4.1.”

Note: The User’s Guide incorrectly states that the “Enable Bridging” feature is on the “System Status” page, when it is on the “Features” page.

RAM and vCPU requirements have increased with this release. See Figure 2 and Figure 3.

Release 6.0 supports both remote license servers and locally installed licenses. If you are upgrading an existing system with a local license, it will continue to work.