I have noticed today that Citrix have updated their webpage, and i noticed a cool new Citrix Advertise “Work on anywhere, On any device, thats the power of virtual computing” yes this is the topics we se over and over at the Citrix Synergy events ;o).

I recommend you look at this cool webpage, where Citrix explains what Virtual Computing, Virtual Desktop, High-Definition Desktop, Virtual Servers and Networking means to them and how Citrix can solve these things. 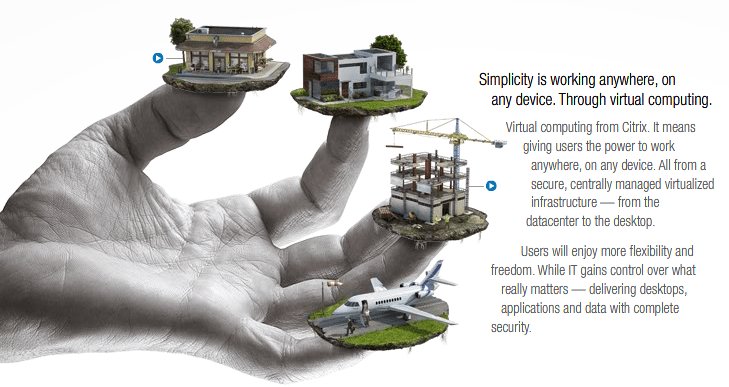 I have noticed that Citrix have created a new portal where you can try all Citrix products in a trial periode, which is GREAT stuff 😉

I have attached the bellowed schema, so you can see which products that you can try out.
Go Ahead try Citrix if you havent done it yet.

Ruben Spruijt have updated the Application Virtualization Smackdown document to version 3. get it here

AppSense have released version 8.x of EM which works with Citrix App Streaming “offline plugin” version 5.2.  The supporting version of EM is available now as a download from MyAppsense.com

AppSense 8.x is not managing the settings for streamed apps running via Offline 6.0. As of June 9th, AppSense Support states:

“We do not yet support Streaming Client 6. The latest version we currently support is 5.2.”

“…Support for the Offline Plug-in version 6.0 is scheduled to be included in a patch of the EM software scheduled for release around August 2010, this date is not confirmed at this stage. We have had to design and develop a completely different architecture in order to work with the changes that Citrix introduced with version 6.

We can however provide you now with a Beta version of this patch which you can install and begin testing with, and information found can then be passed onto our development team via support if you would be so kind as to do this.

If so,
– This is POC code, and as such is unsupported!
– The build number is 8.0.5.0, so will not upgrade from an existing version.
– A clean install on the client is required (uninstall EMAgent, install New EMAgent)
“

Joseph Nord from Citrix wrote this article, about product development between Citrix and AppSense.